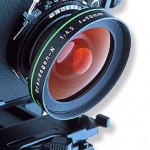 Imaging means making an image of something – that is representing the form of an object as a picture. This can include taking a photograph or an X-ray, doing an ultrasound scan or viewing a tiny cell down a microscope. Different types of images can provide different information about an object although no image can tell us everything.

Lots of imaging is about scientists finding ways to see the things our eyes can’t see normally.

Photography works the same way that our eyes do, creating a picture from visible light rays. The light goes through then lens and is focused onto a photographic film – although these days digital cameras use electronic sensors. They say a picture is worth a thousand words, and so indeed taking pictures of a scene or an object can be of far more use to scientists than trying to write everything down! Crime scenes for example are photographed in order to capture details that forensic scientists may not notice at the time. 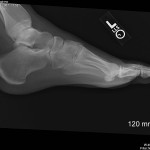 X-rays are a kind of high energy radiation related to light. These rays can travel straight through many objects, including the human body. The rays easily pass through flesh and organs, but are stopped by bones. A sheet of photosensitive film is again used to capture the image, turning black where the rays hit it, and staying white where they have been blocked. That’s why X-ray images shows your skeleton as white. Any other objects that X-rays can’t travel through – such as accidentally swallowed cutlery or metal hips – would also show up on the X-ray! They used to use X-rays for fitting shoes in shoe shops before they realised that too much exposure to X-rays can be dangerous. X-rays can be used to reveal the structure of molecules by diffraction and this technique was also key in working out the structure of DNA.

MRI is another type of medical imaging, used for producing detailed pictures of the inside of the human body in order to look for tumours or organ damage. It stands for Magnetic Resonance Imaging and uses a giant magnet to excite the nuclei of hydrogen atoms in your body. These atoms then send a signal back to the machine which can be used to form an image of how dense all your body tissue is. Because MRI scanning involves a giant magnet, you can’t go into the machine if you have any metal in or on your body.

Ultrasound scans allow us to see what an unborn baby looks like. They work in a similar way to the ultrasonic squeaks of bats flying in the dark. An ultrasound device sends out high pitched ultrasonic sound waves and then measures the way in which the waves are reflected back. Like an echo, if something is further away it will take longer to bounce back, while a close object will reflect quickly. This means the ultrasound machine can show you a real-time three-dimensional image of whatever you’re looking at just by using sound! 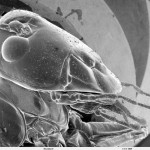 Microscopes are one of the most important tools of many scientists because they allow us to study things that are too small to be seen with the naked eye. Different kinds of microscopes are used to view different things, such as tiny insects, bacterial cells, molecules and even atoms. Some microscopes work by shining light through a sample, others by bouncing electrons off the object you want to see.